Lauren, who created the Living Beyond Tolerance Scholarship, contacted me to ask if I was willing to pass some information on my LiveJournal, and I'm glad to do that. She created an LGBT/Ally "scholarship" for people between 15 an 25 in the U.S. Right now, they're looking for different places to spread the word so that more people can know to apply. She is also hosting some auctions at her blog right now to raise more money for whoever is chosen as the "winner."

All the information about the scholarship, as well as all the auctions up now and more to come, can be found here: http://www.bridgethegapx.blogspot.com/

How to Apply for the LGBT Scholarship:

To enter:
*You must classify as LGBT or an LGBT Ally
*You must live in the United States to be elegible (Any State!)
*You must be between the ages of 15 to 25 when you ENTER
*You must be somehow working to make sure everyone is more than tolerated, but accepted
*To apply for the scholarship… write an essay between 1-4 pages about why you deserve to win and personally fit the bill for this scholarship. Email it to: shootingstarsmag@aol.com with the subject line: 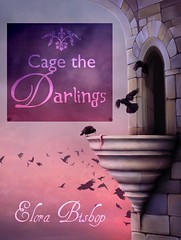 Scholarship: (and then your name)

*You must be planning to use this money for education of some sort, whether that’s high school, college, technical school, etc.
*You can apply from the beginning of June 2011 to March 1, 2012
*The upcoming auctions will be during the month of January 2012, which is how we’ll raise most of the money for the scholarship…people can simply donate as well if they wish.

-if you have something you want to donate FOR the auctions, please email here: lauren51990 AT aol DOT com and put "donation item" in the subject! We will take products, writing critiques, books, and more.

*This will be at least a $250 scholarship, thanks to author Jessica Verday

Please enter if you qualify and if you do not... tell those you know or simply post about it online so that word can spread. We need donations for the auctions and people willing to bid... but to really make this work, we need applicants!

Like most of his previous novels (if not all), this new story by Jeff Erno is centred around young adult character on the edge of adulthood. But in a way this story is more mature, still about love, and still with the opposition in characters Jeff Erno likes, a young sweet man, a submissive, and a little adult in the making, a dominant. But this time, even if hinted, the submissive/dominant relationship is not the key of the story, but only a supporting element.

Harold and Jacob were two lover in the ’60. The time was not good for them to be in love, Harold had ambition that were not reconcilable with a gay lover, and so he broke up with Jacob. That was the huge mistake of his life, a mistake that now, 40 years later, is still regretting, even more after reading of Jacob’s death to AIDS years before. Then a man, a doctor, someone who tells him was Jacob’s friend, comes with an offer: if Harold is willing to give up all his money to the doctor, he will transfer Harold’s consciousness into the body of a young man, Jesse, a boy that is in vegetative coma and that has no chance to awaken. Harold is not killing Jesse, Jesse is already dead, Harold is only using his body, a little like if he was having a 100% transplant of all his organs other that the consciousness.

This is Harold’s second chance, and when he awakens in Jesse’s body, he discovers the boy was best friend with Philip, Jacob’s nephew and his spitting image. Not only that Philip is gay as it was his uncle, and he is in love with Jesse. Harold understands that is really his second chance and that this time he has all the right aces to be a good man and do the right thing, something he was not willing to do before.

It’s strange, but I was sad for Jesse; true, Harold is making “good use” of his body, and he is behaving in a right way, but Jesse, from what we learn, was really a good boy, someone that had all the right to fully live and love. While I was glad that Harold had his second chance, at the same time I was regretting the same chance was not given to Jesse. Harold is an adult, and he is living his life like an adult would do in the body of a teenager; more or less he is taking all the right decisions since he knows the consequences, and Jesse will never have the chance to wrong and make it better through experience. But, all right, I think that is the concept of the novel, and what it makes it interesting.

Philip is another of the cute and pretty boy by Jeff Erno; on comparison to other similar character, Philip is more pretty, he is someone who could have been a leader on his own way, but the illness (he has cancer in remission) made him a more subdue character, someone Jesse, the stronger of the two, has always protected. Philip loves Jesse, and how he could not? His is a little hero worship, Philip has not really known anything different, for him Jesse is the best he can achieve… actually he is lucky that is really like that, Philip is one of those lucky persons who will meet and love their soul mates forever and only.

There is a little less sex, or better the story is less centred around sex, than other novel by Jeff Erno, but in any case these two young men are sexually active. What is probably nice is that Harold is respecting Philip (and Jesse’s age) and he is not immediately moving their relationship on a physical level, he gives time to both of them to adjust, exactly how it would be right to do if you had 18 years old (but that not always 18 years old do!)