Corlett was born in Darlington, County Durham. He was educated at Fettes College, Edinburgh, then trained as an actor at the Royal Academy of Dramatic Art. For more than 10 years, he was an actor, working in repertory companies all over the country, most notably in Perth, under the direction of Joan Knight. He played for Robert Atkins at the open air theatre in Regent's Park, London, and in the West End in Bonne Soupe (1962), starring Coral Browne.

Although talented, Bill described himself as a "dressing room actor", meaning that what he most loved was being in the theatre, belonging to a company, leading or supporting as required. As he learned his job as an actor, he began to write plays, many of which were produced at Perth, Farnham, Eastbourne, Leicester and Nottingham. In 1963, the Royal Court, London, took up The Gentle Avalanche, and Bill, along with Hugh Whitemore and Christopher Hampton, was greeted as a newcomer of great promise. Two years later, Sibyl Thorndike appeared in Return Ticket at the Duchess theatre. By this time, television was devouring writing talent, and Bill turned to the new medium, contributing innumerable single plays, and writing many episodes for long-running series, including the then Emmerdale Farm. One of his screenplays for Thames Televison won him the first of three gold awards at the New York International Film and Television Festival, and his scripts for the children's series, The Paper Lads (1977), won him the first of two Writer's Guild awards.

William Corlett (8 October 1938 - 16 August 2005), was an English author, best known for his quartet of children's novels, The Magician's House, published between 1990 and 1992. Later in life he came out as gay, and it was from his partner, Bryn Ellis, that he gained some of his inspiration for The Magician's House. Bill bravely endured his last weeks and days, nursed by his beloved partner of 33 years, Bryn Ellis, who, along with his sister Anne, was at his bedside when he died.


This journal is friends only. This entry was originally posted at http://reviews-and-ramblings.dreamwidth.org/2920037.html. If you are not friends on this journal, Please comment there using OpenID. 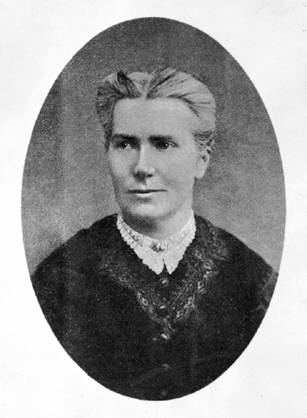 Blackwell was born on October 8, 1826 in Bristol, England. In 1832 the family emigrated to the US, and in 1837 settled near Cincinnati, Ohio. Inspired by the example of her older sister, Elizabeth, she studied medicine, earning her degree in 1854. In 1857 the Blackwell sisters and Marie Zakrzewska established the New York Infirmary for Indigent Women and Children. From the beginning Emily took responsibility for management of the infirmary and in large part for the raising of funds. For the next forty years she managed the infirmary, overseeing surgery, nursing, and bookkeeping. Blackwell traveled to Albany to convince the legislature to provide the hospital with funds that would ensure long-term financial stability. She transformed an institution housed in a rented, sixteen-room house into a fully fledged hospital. By 1874 the infirmary served over 7,000 patients annually.

During the American Civil War Blackwell helped organize the Women's Central Association of Relief, which selected and trained nurses for service in the war. Emily and Elizabeth Blackwell and Mary Livermore also played an important role in the development of the United States Sanitary Commission.

After the war, in 1868 the Blackwell sisters established the Women's Medical College in New York City. Emily became professor of obstetrics and, in 1869, when Elizabeth moved to London to help form the London School of Medicine for Women, became dean of the college. In 1876 it became a three-year institution, and in 1893 it became a four-year college, ahead of much of the profession. By 1899 the college had trained 364 women doctors.

This journal is friends only. This entry was originally posted at http://reviews-and-ramblings.dreamwidth.org/4454210.html. If you are not friends on this journal, Please comment there using OpenID.

Ron Jackson Suresha is an American author and anthologist of books centering on gay and bisexual men's subcultures, particularly the Bear community.

Suresha was born in Detroit, Michigan, and attended grade school in the northwest suburb of Oak Park.

Suresha and his husband (styled "husbear"), Rocco Russo, were legally married in Provincetown, Massachusetts, in October 2004, and received a Connecticut civil union one year later. They lived until 2011 in New London, Connecticut and now live in New Milford, Connecticut.

In 2008, Suresha edited for Journal of Bisexuality a special issue commemorating the sexagennial (60th) anniversary of the publication of Sexual Behavior in the Human Male, commonly known as the Kinsey Report, as Bisexual Perspectives on the Life and Work of Alfred C. Kinsey, which was named a finalist in the 2008 Lambda Literary Awards in Bisexual Literature.

Gone are the times when sprouting hair on a man's chest was considered to be unstylish. Chest hair and beards are popular again! This fact was also proved by the success of our anthology HAIR two years ago. But since so many of you obviously just can't get enough, we produced a comprehensive follow-up: Fur - The Love of Hair offers you sexy men en masse - and they all show their hair roudly. The pictures by various artists are complemented by informative and entertaining texts.


This journal is friends only. This entry was originally posted at http://reviews-and-ramblings.dreamwidth.org/4454592.html. If you are not friends on this journal, Please comment there using OpenID.