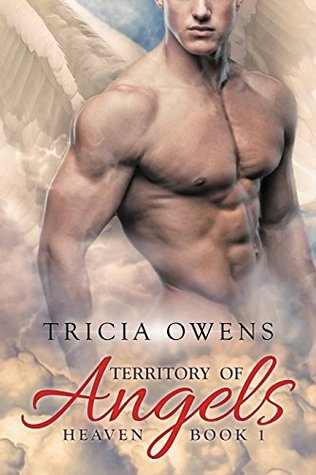 BLURB: Can Angels fall in love with a former shoe salesman?

Ryan thought becoming an Angel would be easy. Well, besides the whole dying part. But it's difficult when he's hounded by bouts of insecurity and a secret, unrequited love. The only good thing to happen to him is his friendship with the lovable Angel Finnian. But Finnian is lover to the Commander of Heaven's Army: Anifiel, the most magnificent Angel in Heaven. Anifiel doesn't approve of his lover befriending a measly human, unfortunately, and when Finnian's curiosity about Earth compels him to leave Heaven and investigate, Anifiel blames Ryan's bad influence. Ryan doesn't know how to appease the fearsome if hunky Angel. Everything that Ryan does is wrong in the great Angel's eyes. It doesn't help that every time Anifiel draws near, Ryan is overcome with a lust too powerful to resist, a lust that Anifiel resents. Can Ryan manage to behave long enough to find a way to bring Finnian back? Or is Ryan doomed to remain a human in Heaven, never quite good enough for anyone?

While the human Ryan has made an enemy of the greatest Angel in Heaven--Anifiel, the Commander of Heaven's Army--Ryan has somehow managed to befriend Anifiel's kind and gentle battle companion, Vithius. Ryan adores the handsome Angel and is all too happy to teach Vithius the ways that humans make love. But how much knowledge is too much? Is he corrupting Vithius as Anifiel has accused? Meanwhile, Demons are beating at the gates of Heaven with renewed aggression. Vithius believes he knows why the Demons are so determined, but Anifiel and Ryan refuse to listen to his theory, afraid to believe what it signifies about their relationship to each other. Can Vithius bring the three of them together? Or will the desire that they continue to resist bring down the entirety of Heaven?

Author Bio: Tricia has been writing m/m fiction since 2002 when she opened her fiction website JuxtaposeFantasy to great success. She later partnered to create Joyboy Island. After a decade of writing for the sites, Tricia decided business demands were distracting her from producing novels, so she closed the sites and now writes at her leisure. Tricia has been a casino games dealer in Las Vegas and the onboard editor for a cruise ship. An avid traveler, Tricia has visited over 70 countries and tries to include aspects of her global experience in her books. Tricia's m/m book series include Sin City, about bodyguards for the rich and famous in Las Vegas, and Juxtapose City, set in a futuristic world which includes telepaths and empaths.
|| Facebook Page || Twitter || Website ||

This journal is friends only. This entry was originally posted at http://reviews-and-ramblings.dreamwidth.org/4809658.html. If you are not friends on this journal, Please comment there using OpenID.

Flight attendant Maxwell Lewis has spent years cultivating a bon vivant image only to find he finally wants something more—and that something more includes the never-does-repeats game designer Gibson Henry. ABOVE AND BEYOND Maxwell Lewis is proud of the life he’s made. Having turned tragedy into triumph, he’s now a beloved member of a Target Airlines cabin crew with more than his fair share of attention both in the air and on the ground. But lately he’s wanted something more than the occasional hook-up or sometime sex buddy—particularly after meeting game designer and passenger Gibson Henry. Talented and driven, Gibson has built a company ready to be the next big thing in gaming. Devoted to his work, he takes onetime pleasures where he finds them and never does repeats…which is what he tells handsome, sexy Maxwell Lewis after a little mile-high flight attendance. But a chance encounter in a London club is about to change things forever. Two men, one who’s flown solo and another who’s only ever played alone, are about to find that at some point all games come to end, it’s time to bare your heart and try for love.

This journal is friends only. This entry was originally posted at http://reviews-and-ramblings.dreamwidth.org/4809750.html. If you are not friends on this journal, Please comment there using OpenID.