Blurb: Fifteen years after a tragic car crash claimed a friend’s life and permanently injures his then-boyfriend, Broadway musician Tobias Spence reconnects with his former love. As Emmett and Tobias explore their renewed relationship, the two men face old hurts and the new challenges of a long-distance romance. Will Tobias lose his second chance at love to the ghosts he can’t seem to put to rest?

Meet the author: Lynn Charles earned her degree in music education and for many years performed and directed choral music. When she’s not writing, she can be found strolling through local farmers markets near her home in Central Ohio in search of ingredients for new recipes. Her novel Chef’s Table was published in 2014 by Interlude Press.

"I'm happy to be here! I’m an author, wife and mother living in Central Ohio. I’ve been writing—from lavish journal entries to fictional stories—most of my life. My first novel, Chef's Table, was published in December 2014 with Interlude Press. Black Dust is about a couple who, fifteen years after a tragic car accident tore them apart, are given a second chance to heal and to love."

1) Is there a character in your books that you can’t stand? (Antagonist for example) And what makes them someone you don’t like?
a. I can't say I can't stand Gino, because I created the little twit, but he is most definitely someone I wouldn't want to spend time with if her were real. As written, he's vapid, vain and unconcerned with much outside of his libido and the nightlife at the local club. Something tells me if I were to poke at him a bit harder, I'd find something broken in him, but honestly, he was fun to write as a general jerk. Emmett's mother Miriam is another unlikable character. You'll have to read the book to see if she's redeemable however.

2) Are there misconceptions people have about your genre?
a. Sure. Some are there because it's how things have always been, the biggest of which is that LGBT stories never get the HEA. The tides are changing and that is beginning to happen more and more, and I'm thrilled to be a part of that. Everyone deserves the happily ever after.

3) Is there message in your novel that you hope readers grasp?
a. There are a few: Second chances are possible, even after many many years; not achieving the dreams of your youth does not mean you have failed—resiliency can make for new dreams and new happiness; sometimes to move forward you must look back and deal with the flotsam of your past.

4) How has your writing evolved since your first book? (If this is your first book, how do you hope it evolves?)
a. I feel like I have a better concept of general storytelling, rather than just throwing scenes out and hoping they'll land. I wasn't quite that haphazard with my first, but I was definitely more intentional this time around. I think it paid off in a smoother arc and a more meaningful story. I'm also less afraid to let my protagonists hurt. They'll get fixed, I'm in charge of that, but they won't break if I give them new challenges.

5) One food you don’t care if you never eat it again.
a. Kale. All you lovelies who insist that mess is tasty are crazy. ;) I've tried it as a chip, sautéed, fresh, candied and air puffed—okay, not those last two—but it is vile and should be banished from restaurant menus post haste. I see this great looking dish and right there, taunting me and sticking its tongue out is kale. Ruins everything.

This journal is friends only. This entry was originally posted at http://reviews-and-ramblings.dreamwidth.org/4813768.html. If you are not friends on this journal, Please comment there using OpenID. 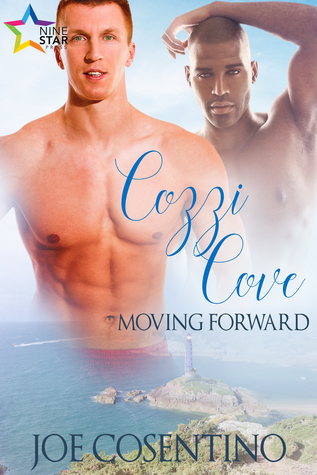 On Cozzi Cove at the New Jersey Shore, handsome Cal Cozzi’s seven bungalows are once again open for summer and love. The vacationers include Rodney Maxwell and Dennis O’Halloran, a Tony Award winning actor and his estranged producer/husband with their two hired studs, Jarek and Zeus. Computer analyst Sam enlists his best friend Chase in a scheme to attract hunky Raul. Middle aged Gil Van Truren wants to end it all—until he sees a vision of his first love. Cal also has his hands full with college student Michael—his new young lover—Michael’s study buddy Carlo, man of mystery George Valis, and Connor, the houseboy packed with muscles and a wondering sponge. All the while Hunter, a female gay romance novel enthusiast, experiences gay life off the page. What secrets, humor, tragedy, mysteries, and passions lie in the magical place called Cozzi Cove?

This journal is friends only. This entry was originally posted at http://reviews-and-ramblings.dreamwidth.org/4814069.html. If you are not friends on this journal, Please comment there using OpenID.