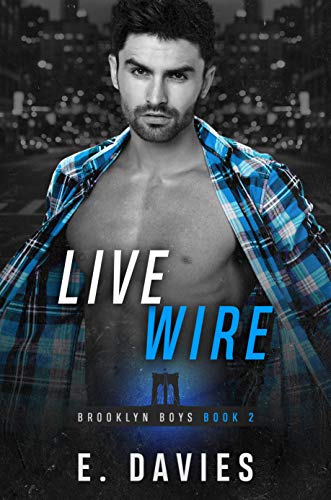 "This a classic romance novel, done according to formula. There are alternating chapters between Adam and Warren, the main characters. I’m not a fan of alternating voices—I prefer a unified first-person or omniscient POV. And I always hope for something startling and new. This was neither. But when a formula works, it works. And the sex scenes didn’t overwhelm. There were few enough of them to make the book erotic. So—this book gets high marks from me. The premise is shopworn: gay-curious bisexual man with a gay roommate. But the devil is in the details. The author makes us feel the tension and the mutual attraction they side-step because of qualms. The heat builds up slowly, and their mutual doubts and fears don’t feel contrived. I judge setting harshly. I don’t want the author to swoon over an African waterfall or gush about fireworks in Paris. I want the characters to INHABIT the setting. Getting stuck in the elevator of an old building tells me more about a decaying urban setting than descriptions of graffiti or rat-infested garbage cans. The author does a great job here. We see seedy Brooklyn apartment as the characters live in it. The trip to Hawaii was a trap, and the author avoided it perfectly. We didn’t see lava flows or lush greenery. Instead, we read about jostling for deck chairs around the pool. We experience the characters’ reaction to unaccustomed luxuries, such as deluxe bathrooms and sheet-sized towels. Too many characters were introduced at the beginning. I wrote them down to keep track. It was hard to keep them straight (no pun intended). Now, I love multiple secondary characters. (I have been criticized for too many characters.) But you just can’t introduce them and let them disappear. Billy, Mark, Shay, Jared. How do they advance the plot? Still, Adam and Darren were well-drawn, with individual voices and individual demons. Maybe I’m rating this too highly. But. No typos. No bad grammar. Sharp, short, and zingy. But credit where credit is due: · “Money could buy happiness—or at least name-brand toilet paper, and that was kind of the same thing.” · “From the sounds of it, they’d sooner notice an earthquake in Mongolia than their own son.” Come on, romance writers! Originality of expression! A distinctive voice!"

I might be into guys. Do you have any idea how terrifying that is? I've already run halfway across the country to get away from my abusive parents, and I really want to experiment, but I can't even hook up without scaring myself away. I might look confident on the outside, but this is tearing me apart.

Then my new roomie wins a trip for two to a gay resort in Hawaii. Darren wants to show his clueless ex that he's moved on, and I want to help out. Darren deserves way better, and faking being his boyfriend is the perfect chance to figure out my feelings. But then what do I do when the man I really want turns out to be Darren himself?

I escaped the regret-fueled hookups with my ex when I moved out. He's not the worst guy out there, but now we're going to be at the same resort for a week, and I want to make it clear that I'm off-limits. My hotheaded, impulsive, but surprisingly sweet new roommate is willing to help with that.

While I pretend to date Adam, I can't stop imagining what it'd be like for real. I want to be more than Adam's experiment, and suddenly keeping up appearances is less important than following my heart. I'm going to have to learn to trust all over again for this to work out once this week is over, though. Can we grow strong enough to build something that lasts forever?

This journal is friends only. This entry was originally posted at https://reviews-and-ramblings.dreamwidth.org/5234182.html. If you are not friends on this journal, Please comment there using OpenID. 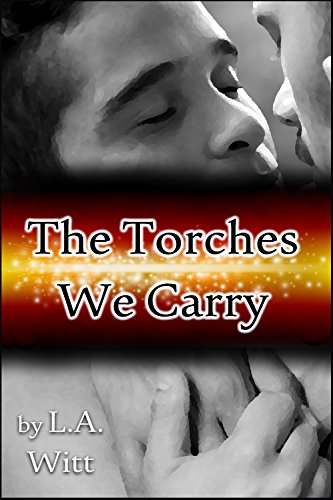 The Torches We Carry

"Witt’s story of two men who come together after breaking up for a couple of decades is unusual in the realm of m/m romance. Where another author might have opted for a big misunderstanding to have separated the two, Witt chose to have the breakup hinge on the men’s reluctance to commit to being together because it was the more difficult choice. Instead, they shied away from the hard work a genuine relationship requires, broke up, and formed easier, but less important, liaisons. What they realize finally is that love can’t be shunted aside and a puny substitute put in its place. Both characters are vividly drawn to show how easy it is to mislead ourselves into taking the easy path through life and then being dissatisfied when it doesn’t fulfill us. Working their way out of the trapped lives they created, realizing where they went wrong, and struggling to become whole, happy men is a journey real and immediate to many people. Witt makes it bearable with characters that readers will identify with and love. All in all, this book was a joy to read. It makes readers think about life and love long after the last page is turned."

It’s been six years since Marcus Peterson and Reuben Kelly broke up, but they’ve made it work as friends and coworkers. That is until a few too many drinks at the company Christmas party leads to a night they both regret.

Eight awkward weeks later, when their boss—Reuben’s dad—needs someone to fill in at a trade show, Marcus and Reuben find themselves in close confines. A road trip, a booth, a hotel room… and that’s before the weather goes south.

There’s no escape from each other, and there’s no ignoring the guilt, the awkwardness… and the spark that desperately wants to come back to life. Because if there’s one thing that hasn’t changed after all this time, it’s how they feel about each other.

But if they can’t cut through all the barriers keeping them apart, this old flame will go out for good.

This journal is friends only. This entry was originally posted at https://reviews-and-ramblings.dreamwidth.org/5242130.html. If you are not friends on this journal, Please comment there using OpenID.