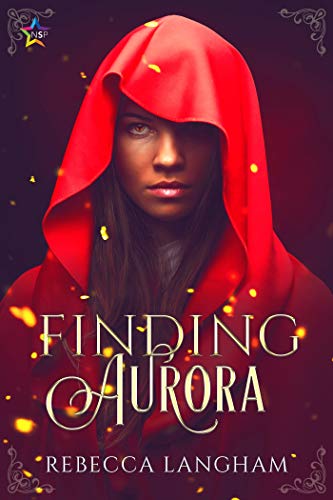 "The idea of a retelling of a popular well known story is not something I would typically gravitate to especially when it comes to gender reversal I prefer new stories and new ideas. That said I found everything about this story to be charming and magical. The story was changed enough to make it the writers own and still managed to stay true to the source material. It was a well crafted and well written with a beautiful setting that sucked me in. Even though this was a short story I was able to get to know the main characters which was nice, because I really wanted to know the characters and find out what made them different. I also very much appreciated that the author didn't feel the need to sex up the story instead she focused on telling a story that anyone could read."

"The prose/writing in this book is excellent. Very readable. Parts of setting are beautifully described with vivid imagery, and parts of the plot include exciting plot twists that work."

Aurora Rose slumbers in the city of Oldpass, a cursed kingdom once allied with Grimvein. The victim of a malicious spell, she is powerless to control her own fate. At least, that’s how the story goes.

Now, as Grimvein faces attack, Prince Amir has been tasked with the life-threatening rescue of Aurora, his parents hopeful he will marry the princess and secure safety for their kingdom. Talia, the strongest spellcaster in the known lands, protects and guides the prince in his quest to save a woman that threatens to change their lives forever.

In finding Aurora, the pair will realise the truth about themselves and each other, coming to understand just what—and who—they really want in life.

This journal is friends only. This entry was originally posted at https://reviews-and-ramblings.dreamwidth.org/5221244.html. If you are not friends on this journal, Please comment there using OpenID.
Collapse