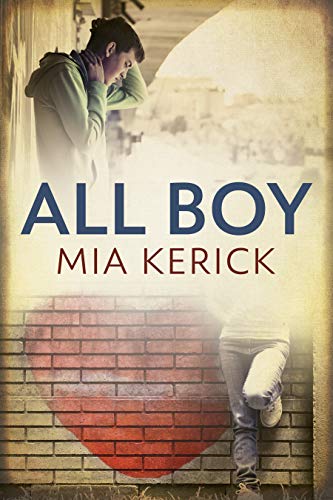 "An intriguing story with well-developed characters that takes a realistic and touching look at issues involving friendship, bullying and identity."

"I'm not a big fan of YA, but All Boy is exceptionally well written and had me engrossed from beginning to end. Jayden and Callie are excellent characters, so warm and understanding of each others complex differences. Highly recommended."

Seventeen-year-old Callie Canter knows all about screwing up—and being screwed over. After her so-called boyfriend publicly humiliated her senior year, taking a fifth year of high school at Beaufort Hills Academy is her second chance to leave behind a painful past. But her need for social acceptance follows, and going along with the in-crowd is the difference between survival and becoming a target. Staying off the radar is top priority. So, falling for an outsider is the last thing on Callie’s “to-do” list. Too bad her heart didn’t get the memo.

With his strict, religious upbringing and former identity far away in Florida, Jayden Morrissey can finally be true to himself at Beaufort Hills Academy. But life as a trans man means keeping secrets, and keeping secrets means not getting too close to anyone. If he can just get through his fifth year unnoticed, maybe a future living as the person he was born to be is possible. Yet love is love, and when you fall hard enough, intentions crumble, plans detour, and secrets are revealed.

From multi-award-winning author Mia Kerick, comes a powerful, timely, and life-changing novel, which follows two teenagers nursing broken hearts and seeking acceptance, and who together realize running away isn’t always the answer.

This journal is friends only. This entry was originally posted at https://reviews-and-ramblings.dreamwidth.org/5276935.html. If you are not friends on this journal, Please comment there using OpenID. 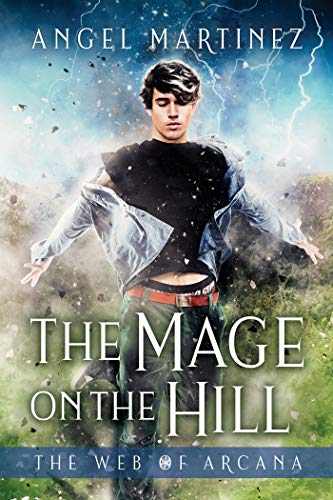 The Mage on the Hill (The Web of Arcana Book 1)

"I loved the world building in this story. It was rich and detailed, and I particularly liked the mix of magic and our world, complete with pop culture references. The magic system is very original and well thought out. I also loved the characters who complement each other, while being endearing in their own right. The story pulled me in immediately and didn’t let go until the final page, and I found the writing style very easy to read."

A young magic user who wants desperately to live. A jaded recluse who has forgotten what living means. They’re each other’s only chance.

Toby’s wild magic is killing him. The mage guilds have given up on him, and it’s only a matter of time before he dies in a spectacular, catastrophic bang. His only hope is an exiled wizard who lives in seclusion—and is rumored to have lost his mind.

The years alone on his hilltop estate have not been good for Darius Valstad. After the magical accident that disfigured him and nearly drowned Pittsburgh, he drifts through his days, a wraith trapped in memories and depression. Until a stricken young man collapses on his driveway, one who claims Darius is his last chance. For the first time in fifteen years, Darius must make a choice—leave this wild mage to his fate or take him in and try to teach him, which may kill them both. The old Darius, brash and commanding, wouldn’t have hesitated. Darius the exile isn’t sure he can find the energy to try.

This journal is friends only. This entry was originally posted at https://reviews-and-ramblings.dreamwidth.org/5266185.html. If you are not friends on this journal, Please comment there using OpenID.