"I have always enjoyed Ms. Fielding's stories and this one kept me entertained just as much as the ones before. It's a wonderful story. Sweet, romantic and full of compassion, although there's the issue of the homophobic neighbor, which I think was portrayed quite well. Looking forward to more amazing stories from this amazing author!"

Elliott Thompson was once a historian with a promising academic future, but his involvement in a scandal meant a lost job, public shame, and a ruined love life. He took shelter in his rural California hometown, where he teaches online classes, hoards books, and despairs of his future. Simon Odisho has lost a job as well—to a bullet that sidelined his career in law enforcement. While his shattered knee recovers, he rethinks his job prospects and searches for the courage to come out to his close-knit but conservative extended family. In an attempt to manage his overflowing book collection, Elliott builds a miniature neighborhood library in his front yard. The project puts him in touch with his neighbors—for better and worse—and introduces him to handsome, charming Simon. While romance blooms quickly between them, Elliott’s not willing to live in the closet, and his best career prospects might take him far away. His books have plenty to tell him about history, but they give him no clues about a future with Simon.


This journal is friends only. This entry was originally posted at https://reviews-and-ramblings.dreamwidth.org/5301334.html. If you are not friends on this journal, Please comment there using OpenID. 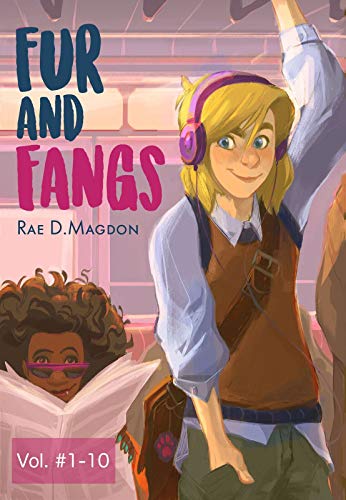 "This was a cute, fun, thoughtful read. The writing flows wonderfully, and the author does a marvelous job with representation and diversity. I enjoyed it immensely."

"Old fashion romance with a paranormal arc. Usually not my favorite genre but this one held my interest. Riley and Izzy work well as a couple, both with baggage to be fleshed out."

Riley is a werewolf from rural Georgia, trying to make a new home in the bustling Big Apple. Isabeau is a sexy, computer-savvy vampire dealing with depression and recovering from a bad relationship. When a chance meeting on the subway brings them together, their lives will never be the same.

This journal is friends only. This entry was originally posted at https://reviews-and-ramblings.dreamwidth.org/5294509.html. If you are not friends on this journal, Please comment there using OpenID.