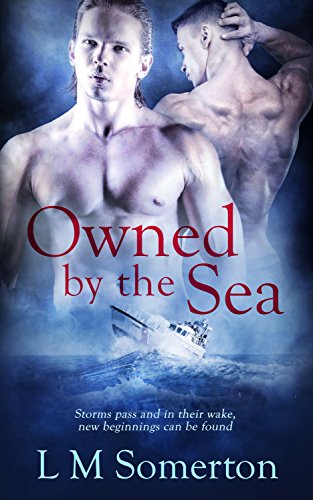 Owned by the Sea

"I found this to be a very good story. the characters grab your attention from the start and leave you wanting to see what would happen."

Storms pass and, in their wake, new beginnings can be found.

Talented young artist Jonty Trelawn paints the sea as self-inflicted punishment. For almost a year he has hidden away from life, survivor’s guilt consuming him, but the time has come to move on. He conceives the idea of a charity art auction in support of the local lifeboat station and the men and women who saved his life. He hopes the tribute to his family will release him from the sea’s invisible chains.

Carpenter Jed Curnow is bound to the water in a different way. As deputy coxswain of the Govenek, the local lifeboat, his world revolves around the close-knit crew. He thinks nothing of risking his life to save others. Saving Jonty is less dangerous but just as important to him. He wants nothing more than to give Jonty the love and security he needs.

Jed’s dominant personality calls to Jonty’s more submissive nature but will he ever allow himself to be happy? It’s up to Jed and his best friend Marmite to help Jonty put his tragic past behind him and live for the future.

This journal is friends only. This entry was originally posted at https://reviews-and-ramblings.dreamwidth.org/5284764.html. If you are not friends on this journal, Please comment there using OpenID.
Collapse