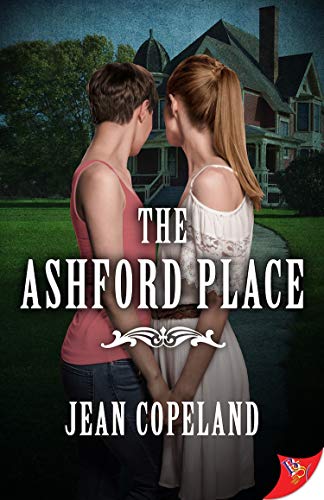 "This is a rich, lushly-written, heartfelt romance with a well-constructed mystery. Every word absolutely sparkles. I’ll definitely be reading more from this author!"

Isabelle Ashford inherited her late aunt’s country home with a simple plan: a quick flip for a healthy profit, then off to buy her dream house by the water. But the house seems to have its own ideas. Startling discoveries reveal well-kept family secrets, drawing Belle into the mysteriously tragic life and death of her father’s young cousin.

A flirtatious friendship with Deputy Sheriff Ally Yates blossoms into romance as they search for answers, hoping the clues they uncover will lead to the identity of a child predator and possibly, a murderer. Now with her plan for a short, uncomplicated stay in Danville foiled by the growing mystery and her undeniable feelings for Ally, Belle must decide whether to stick with her original plan for a clean getaway back to the Connecticut shore or to follow her heart’s lead.


This journal is friends only. This entry was originally posted at https://reviews-and-ramblings.dreamwidth.org/5302236.html. If you are not friends on this journal, Please comment there using OpenID. 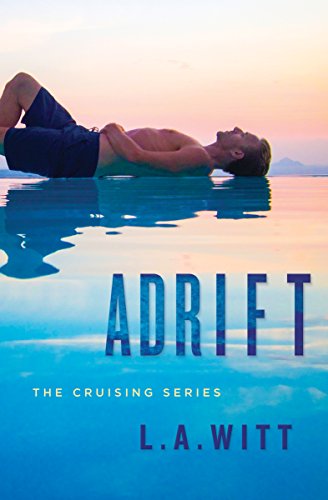 "What an enjoyable read! I had a great time with Eric and Andrew in this book. The conflict, setting, and narrative voices were established quickly and well, and the description of the excursions on land took me back to the sultry heat of summer in Western Europe. Not to mention (of course!) the wonderful heat between the two leads. The story offered some nicely negotiated surprises and good internal character development, especially for Eric as he came to terms with the recent dissolution of his previous relationship. Eric has a delightful and warm vulnerability, the kind where you have evolved past giving a crap about people who disapprove of you, but sometimes it still creeps up on you and tries to push you down. Toward the end, the narrative voices lost some of their uniqueness; I had a harder time orienting myself as to whose head I was in at chapter changes. But this did not detract from the truly engaging love story between two people with a lot of chemistry. The sex scenes were steamy and varied; I fully believed that, by the end, these two just-mets were definitely ready to try for more."

"A sweet story of two men meeting on a cruise ship - one, Eric is on his own after being dumped by his fiance and the other, Andrew accompanying his parents. They meet at an LGBT mixer on board although they had bumped into each - literally- before. They talk, are attracted to each other, but before it goes any further, Eric tells Andrew he is trans. Rather than being turned off, Andrew is intrigued, and the sexual encounter becomes a much deeper connection. Well written, with characters you will be easily drawn too. Highly recommended."

After Andrew Wentz loses his job, his parents take pity and invite him to join them on a Mediterranean cruise. He jumps at the chance, but once he’s aboard, he feels guilty. Shouldn’t he be figuring out what to do with his pathetic life instead of lazing around on a ship?

The cruise was supposed to be Eric Schofield’s honeymoon, but one cheating fiancé later, he’s traveling solo. Fine. He’s been working too much anyway, so a vacation is exactly what the doctor ordered. He’s on a boat with plenty of hot men, and he’s determined to invite as many of them as he can into his stateroom’s king sized bed.

When the two men run into each other—literally—it’s crush at first sight. Now Andrew can’t think of anyone else, and Eric only wants one man in his bed. The sparks fly, and it’s the perfect vacation fling, especially since ten days isn’t nearly enough time to develop feelings.

At least, it’s not supposed to be.

This journal is friends only. This entry was originally posted at https://reviews-and-ramblings.dreamwidth.org/5237654.html. If you are not friends on this journal, Please comment there using OpenID. 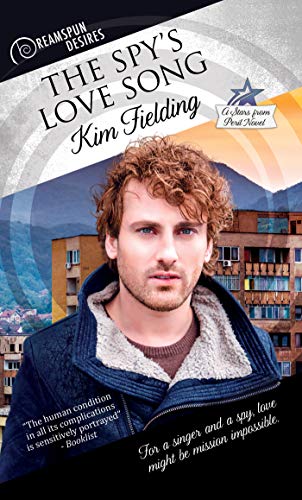 "This is the type of story you don't want it to end. I have thoroughly enjoyed reading this wonderful jewel! I loved both MCs from the get-go. One of the things I liked was not knowing how it would develop once I was almost halfway through, which is something I really appreciate in a story. I like for the cusp of the story to be a surprise which is not always achieved. The writing is solid and well developed. Highly recommended!"

A Stars from Peril Novel

For a singer and a spy, love might be mission impossible.

Jaxon Powers has what most only dream of. Fame. Fortune. Gold records and Grammy awards. Lavish hotel suites and an endless parade of eager bedmates. He’s adored all over the world—even in the remote, repressive country of Vasnytsia, where the tyrannical dictator is a big fan. The State Department hopes a performance might improve US relations with a dangerous enemy. But it means Jaxon’s going in alone… with one exception.

Secret agent Reid Stanfill has a covert agenda with global ramifications. Duty means everything to him, even when it involves protecting a jaded rock star. Jaxon and Reid’s mutual attraction is dangerous under Vasnytsia’s harsh laws—and matters get even worse when they’re trapped inside the borders. Romance will have to wait… assuming they make it out alive.


This journal is friends only. This entry was originally posted at https://reviews-and-ramblings.dreamwidth.org/5302500.html. If you are not friends on this journal, Please comment there using OpenID.