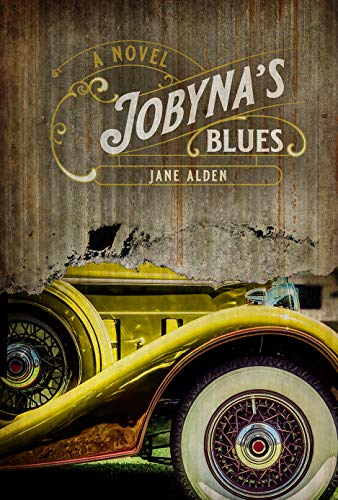 "Sweet and poignant, a well-researched look at a part of American history that is too often left invisible. EXCELLENT sense of place and time."

Jobyna’s Blues is a multi-generational love story, set in post-WWI American South and flashing forward to the mid-1960’s in New York City and London.
In 1924, Jobyna, the Empress of the Blues, and Lily, a dancer in her chorus line, fall in love as they travel in a custom train car and play to adoring crowds in theaters from Nashville to New Orleans to Mobile. Life is both exciting and dangerous in the young country, only sixty years past the Civil War.
Looking forward to the mid-1960’s, Jobie Greene, a folk singer in Greenwich Village, meets the charismatic English pop star, Deedee. They struggle to manage their long-distance relationship and their careers against a backdrop of social change.
The connections between the love stories and the women’s challenges and triumphs, as they echo through time, keep us surprised and challenged and rooting for their happy endings.

This journal is friends only. This entry was originally posted at https://reviews-and-ramblings.dreamwidth.org/5293980.html. If you are not friends on this journal, Please comment there using OpenID. 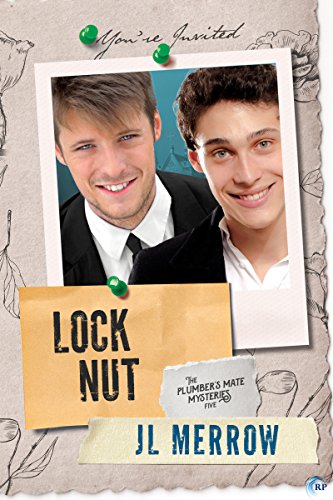 "This book is like a cozy mystery series amped up to 11. I adore each and every one of the characters, their relationship, how much it feels like these are people I could easily pass on the street. The writing is fantastic, with a genuine humor that can be hard to find. JL Merrow is a wonderful writer, and this book just prove she'll only keep getting better."

"The writing was solid. There was enough dialect and slang to add to the story without being overwhelming. The narrator has a charming voice. The first chapter was great, captivating from the start. But then I did feel that the banter often went on too long. Yes, the character is charming, but I wanted the author to get on with the story. The same thing was a problem at the end, when after the mystery is solved, the story continues for another 20 pages so we can see how charming the couple is. This was my biggest gripe with the book. Too much charming banter. It goes on and on in scene after scene. A little less would have still given us the charm without tiring us. I did have a bit of trouble remembering who some of the characters were, more the personal friends of the investigators rather than the suspects. The mystery was complex enough to intrigue. There were some truly clever and interesting word choices (one nice paragraph on page 30 as an example). Some funny lines that had me laughing out loud. The author was good at creating problems and interruptions to make the end of questioning believable. That way we as readers don't get bored and we don't get too much info that would help us solve the murder too soon."

"Excellent mystery and sense of place—consistent with her usual fine work."

Tom Paretski, plumber with a talent for finding hidden things, and his private investigator fiancé Phil Morrison have been hired to locate a runaway husband, Jonathan Parrot. The job seems simple enough — until their quarry turns up dead in a canal, and a photofit of Tom’s face is splashed all over the news, making him chief suspect.

The widow, petite ex–porn star Lilah Lovett, is convinced her husband was killed by his gay lover, but Tom and Phil aren’t so sure. Worried they may have precipitated Jonathan’s death, they’re determined to find the real killer. But with a web of incestuous ties linking the suspects, it’s hard to know who to trust. Especially when a second victim dies a gruesome death.

Meanwhile, with their wedding looming and them sharing a house now, Tom’s worried it may all be too much, too fast. The last thing he needs are the mixed messages Phil seems to be sending out. They’ll need to get back on the same track if they want to make it to their honeymoon together — and alive.

This journal is friends only. This entry was originally posted at https://reviews-and-ramblings.dreamwidth.org/5283982.html. If you are not friends on this journal, Please comment there using OpenID.

"Dear Sophie is a flawless memoir that is not only a story of Dr Ruth Simkin, but a story of feminism and women in Canada and the field of medicine, skillfully woven together with valuable life lessons. I feel grateful to Dr Simkin not only for her pioneering work that improved the quality of life for so many women, but for sharing her experiences. I found this memoir not only insightful and inspiring and a bit shocking, but at times funny. I learned more than I expected. Thank you!"

"Beautiful memoir of a fascinating life. Simkin's grand-niece Sophie is a very fortunate young woman. I wish I had such a handbook to life from my own grandmother – who had almost no formal education and was gone before I realized how many questions I should have asked."

Dear Sophie is the continuing memoir of The Jagged Years of Ruthie J. as Ruth fights to get enrolled into medical school. She finally succeeds by being one of a few students to be accepted at a new type of medical school at the University of Calgary. Being admitted turns out to be the easy part as she continues to face sexual harassment and discrimination during her schooling. Told in letters to her niece Sophie, Ruth weaves a feminist story of perseverance and determination for equality.

Several male doctors did their best to get Ruth kicked out of the program, but she persevered. She finished her residency and opened her own medical practice despite being blocked at almost every step and clashing with the established medical community.

Ruth's story covers almost half a century up the present, all the while using her experiences, especially in the medical community as a means to show Sophie how to live a happy, feminist life.


This journal is friends only. This entry was originally posted at https://reviews-and-ramblings.dreamwidth.org/5298381.html. If you are not friends on this journal, Please comment there using OpenID. 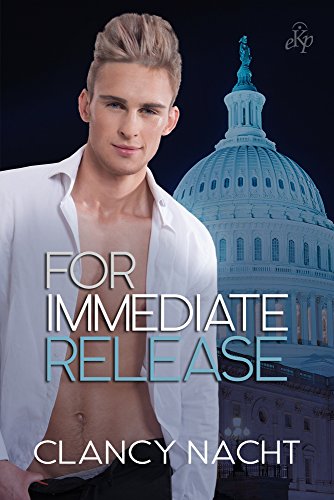 "More pros than cons with this book, so let’s start off with the cons. The story takes off quite slowly. We are 30 or more pages into the book before I felt interested enough to continue. I’m not sure if I hadn’t been assigned to read this book if I would have gotten far enough in to get hooked. To me, that’s a significant problem. But then, what might be interesting to me might not be what’s interesting to most other readers, so this could be my failing, not the book’s."

"True mastery of character development. Great depth to each character (even minor ones), and every time I had a character figured out, a new twist was revealed that made me rethink everything. "

Lance Gatsby had no idea what he was getting into when he became a fixer for the presidential campaign of charismatic Elliot Swardson, a married and closeted Republican. Navigating the dark and sexy world of politics leads Lance to rely on an enigmatic assassin who will only give the name Guy.

Some of the shine wears off Elliot when Lance realizes part of his job is to keep the presidential hopeful happy, whatever it takes. But what kind of happiness could Lance find with a cold-blooded killer?

Will Lance try to find a way to fit in Elliot’s shadow all the way to the White House, or will a conspiracy to rig the election and a family secret serve to humanize a mercenary?

This journal is friends only. This entry was originally posted at https://reviews-and-ramblings.dreamwidth.org/5228583.html. If you are not friends on this journal, Please comment there using OpenID.