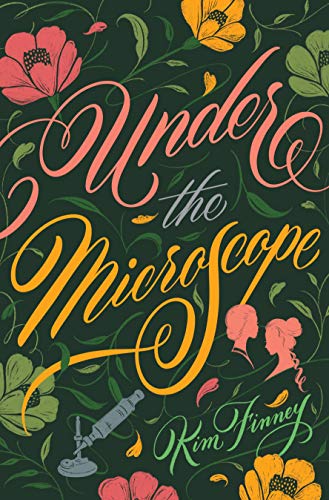 "The true mark of an historical novel of this calibre is that it always stays in 'character' and allows no 21st Century 'isms' to creep in. Nor does it reduce the complexity of the language and culture of the times into something more palatable to our politically and socially 'correct' mores. This story is a thing of beauty, and I enjoyed it immensely."

When the observer becomes the observed a woman stands to lose everything.

Ezzabell Chetwood the scholar, is invisible. To her society and in history she does not exist. Only Ezzabell the dutiful wife, is appreciable. Ignoring conventions is dangerous and following her heart has consequences. Is she willing to pay the price extracted for her transgressions?

It is England in 1677. Public writing is a male pursuit. Science is a pastime of the privileged and religion dominates the culture. The use of microscopes has begun to reveal previously unknown worlds of miniature life. Ambrose Chetwood, an eccentric natural philosopher and his wife – Ezzabell, a gifted botanical illustrator, are on the brink of important scientific discoveries. The crucial role Ezzabell plays in her husband’s work is a silent one and Ambrose is guilt-ridden at treating her as if a colleague. When Ambrose forces Ezzabell to take on a lady’s companion – Thomasin Dansby, his unwanted action impacts upon their lives in unanticipated ways. In a society that considers women to be without intellect and non-conformity can mark a woman as a witch, a naive Ezzabell is ultimately confronted with the ugly outcomes of the choices that she makes.

Thomasin, a younger woman with frivolous fancies, sees her removal from London to rural Chelsea an indignity. She has no desire to live amongst bumpkins, denied of easy access to the attractions of a burgeoning Restoration City. It does not take her long to connect with the village’s noble residents. But she finds something unexpected in Chelsea that although disorienting anchors her to the Chetwood Estate.


This journal is friends only. This entry was originally posted at https://reviews-and-ramblings.dreamwidth.org/5311994.html. If you are not friends on this journal, Please comment there using OpenID.
Collapse