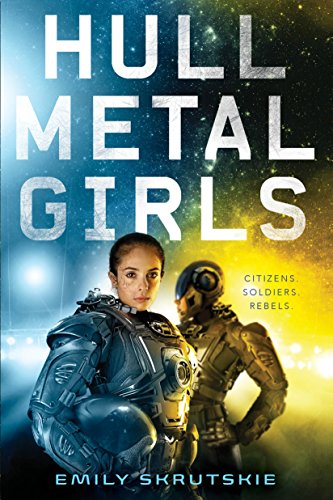 "This is an excellent contribution to the scifi-genre with young adult characters. The world-building is outstanding. The plot captivating. The book is LGBTI-friendly without being itself LGBTI fiction at all."

"Emily Skrutskie's Hullmetal GIrls is inclusive, diverse, delightful scifi that's refreshingly grrl power in a traditionally male-dominated genre. The characterizations ring true, and the gender and sexual identities of the characters are coincidental rather than fetishized or focused upon. It's simply one more aspect of who they are. The classic tropes utilized in the telling of this tale are no less enjoyable for being tropes. Overall, I deeply enjoyed this story and would definitely read more in this universe."

Aisha Un-Haad would do anything for her family. When her brother contracts a plague, she knows her janitor's salary isn't enough to fund his treatment. So she volunteers to become a Scela, a mechanically enhanced soldier sworn to protect and serve the governing body of the Fleet, the collective of starships they call home. If Aisha can survive the harrowing modifications and earn an elite place in the Scela ranks, she may be able to save her brother.

Key Tanaka awakens in a Scela body with only hazy memories of her life before. She knows she's from the privileged end of the Fleet, but she has no recollection of why she chose to give up a life of luxury to become a hulking cyborg soldier. If she can make it through the training, she might have a shot at recovering her missing past.

In a unit of new recruits vying for top placement, Aisha's and Key's paths collide, and the two must learn to work together--a tall order for girls from opposite ends of the Fleet. But a rebellion is stirring, pitting those who yearn for independence from the Fleet against a government struggling to maintian unity.

With violence brewing and dark secrets surfacing, Aisha and Key find themselves questioning their loyalties. They will have to put aside their differences, though, if they want to keep humanity from tearing itself apart.


This journal is friends only. This entry was originally posted at https://reviews-and-ramblings.dreamwidth.org/5303982.html. If you are not friends on this journal, Please comment there using OpenID. 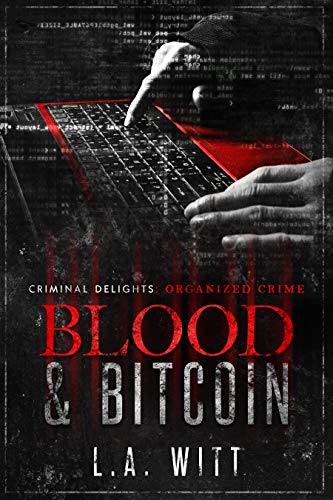 "I enjoyed this book. It was fun to read a story about an two heroes who live on the darker side of the moral compass, but are still very relatable and working for the greater good in their own way. The plot had movement, action, and some good old fashioned heat. The world felt very real."

"I really liked this. The story had an engaging plot and the characters were complex, sometimes doing things which seemed contradictory but helped make them three-dimensional."

Chris Emmett has a talent for screwing up and landing on his feet. As a SEAL, he managed to evade bullets and court-martials alike. As an FBI agent, he dodged danger and disciplinary action—right up until he didn’t.

With his career and freedom hanging in the balance, he’ll do whatever it takes to clean the slate… including an off-the-books deep cover solo mission.

The objective: infiltrate the Hive, a complex crime syndicate operating on the dark web, and find out who’s trying to kill Piker, the organization’s enigmatic and strangely alluring modern day Mob boss.

The moment he’s pulled into the Hive, Chris enters a world where no one is what they seem, including the man he’s there to protect. Lines blur between moral and wrong, legal and criminal, ally and foe, and—as Piker’s seductive magnetism draws Chris in—straight and queer.

Chris is running out of time to stop a killer. He has dangerous feelings for a dangerous man, and the deeper he moves into the realms of organized crime, the less he knows and the fewer people he can trust.

And that’s before he learns the truth about Piker’s assassin.

This journal is friends only. This entry was originally posted at https://reviews-and-ramblings.dreamwidth.org/5282934.html. If you are not friends on this journal, Please comment there using OpenID. 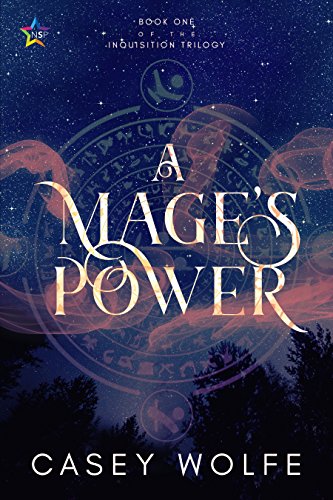 "This is an *engaging* book from the get-go, with strong pacing and a deep, intuitive understanding of storytelling as well the genre's hooks. Outstanding book."

Built on the bones of an ancient city, modern-day Everstrand is where master mage, Rowan, has set up his enchantment shop. When not hanging out with his werewolf best friend, Caleb, or studying, he dabbles in herbology and the controversial practice of blood magic. A prodigy who has already earned two masters, Rowan’s bound and determined to reach the distinction of grandmaster, a mage who obtains a masters in all five Schools of Magic.

Shaw works for the Inquisition, the organization charged with policing the magical races collectively known as magicae. Recently, it has come under scrutiny as magicae begin to disappear and reports of violence increase. With secrets of his own on the line, Shaw is willing to risk everything to find out just what is going on behind all the locked doors.

When Rowan and Shaw are entangled in each other’s worlds, it becomes evident that their hearts are as much at risk as their lives. They must find the truth and stop a conspiracy before it’s too late.

This journal is friends only. This entry was originally posted at https://reviews-and-ramblings.dreamwidth.org/5229274.html. If you are not friends on this journal, Please comment there using OpenID. 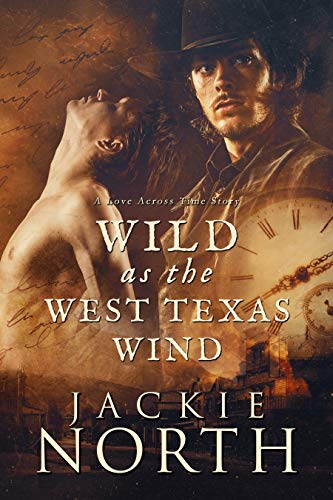 Wild as the West Texas Wind: A Love Across Time Story

Soulmates across time. Two hearts that were meant to be together.

In present day, Zach takes a road trip to Trinidad to find information on a missing friend.

In 1892, Layton Blue, outlaw, longs for hearth and home even as he treasures his life of freedom.

A freak rainstorm washes Zach's car into a ditch, sending him back to the year 1892. Searching for help, alone and on foot in the middle of the nowhere, he crosses paths with the famous Ketchum Gang. Now the gang’s prisoner, Zach’s fate is to be sold at a seedy auction for whores.

Layton is put in charge of making sure Zach does not escape, but as the chemistry between them grows, Layton finds himself wanting to help Zach.

Can Layton overcome years of being on the run? Can Zach accept help from an outlaw?

A male/male time travel romance complete with fast rides across the desert, campfires beneath the stars, cool water in the desert, wild rescues, and true love across time.

This journal is friends only. This entry was originally posted at https://reviews-and-ramblings.dreamwidth.org/5265763.html. If you are not friends on this journal, Please comment there using OpenID. 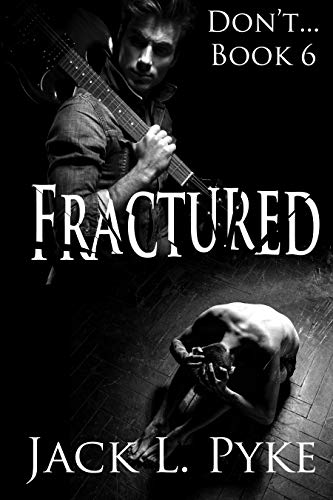 "I was fortunate enough to have read the previous books from this series before reading this one. All I can say is WOW! What a ride! Jack L Pyke has taken me into an emotional roller coaster with each and every single book. But the last one, book 6, topped all the feels, all the emotions, leaving me laughing at some points, crying at others. There are two books that are quite hard to read, including this one. It touches on topics that hit damn hard but instead of reproaching the author, I honestly have to thank her because she had the courage of writing what we know is true while most keep away from it and while painful, it's situations that happen on a daily in our perverted world. One of the things I truly enjoy about a crime story is the fact that the perp is hidden until the very end, while said character is shown and appreciated through the book. This is a big plus for me. Well done, Jack! I have to warn everyone, though. This book is NOT for the faint of heart. If you care for violence, rape, etc. stay away from this series. It'll kick your butt. Everyone else? Read it!"

“Don’t let them leave us behind at the roadside, Jan.” – Jack Harrison.

Both psychopath and sinner, Gray Raoul’s falling deep into dangerous territory with Martin and his own “born this bastard way, baby” innateness. But when Gray’s son, Light, is thrown into Gray’s world on the back of a CS gas terror attack at a rave, life never becomes more… fractured. Under the decaying influence of Martin, Gray’s about to interrogate his son with all the coldness of an MI5 director of counterterrorism edge that’s teetering too close to culler roots.

When Gray’s suicidal fall is played to the full with Martin, leaving Jan facing nothing but himself and the culler in Gray, the ultimate questions are tested to the full:

Standing in the shadow of two psychopaths, two sinners who are locked in death-play, did Jan’s “soft lad” soul really ever have a voice in Gray’s dark world? And just where does this all leave Jack Harrison?


This journal is friends only. This entry was originally posted at https://reviews-and-ramblings.dreamwidth.org/5315527.html. If you are not friends on this journal, Please comment there using OpenID. 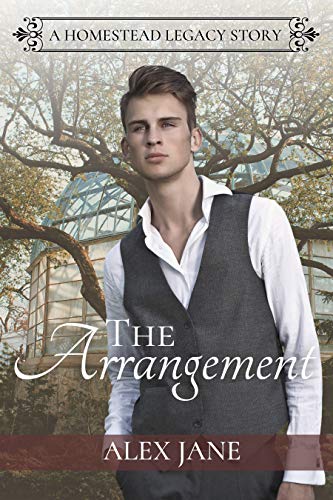 "The Arrangement is a compelling love story between two shifters with a past that will stay with you after its conclusion. A gay Beauty and the Beast meets Secret Garden, the simple tale is sweetly told from the heart. Alex Jane has written a satisfying historical romance."

"This is my first Alex Jane's book I read and I'm definitely not disappointed. In fact, I'm looking forward to reading more from this wonderful author. The story flowed smoothly, the characters were lovable and caring, especially Ruth with her mother hen actions, and Solomon with his caring personality."

"This book was a fantastic blend of history and the paranormal."

Gabriel Webster’s pack is in trouble. His father’s failing health and his mother’s untimely death mean that the vultures are circling. It won’t be long before his family’s assets are stripped and his pack disbanded. When an offer of help arrives in the form of a marriage of convenience, he has little choice but to accept.

The arrangement would be the perfect solution, if not for one thing. Gabriel is to marry Nathaniel Hayward, the Alpha who was badly injured in the accident that killed his brother ten years before—and the man Gabriel has been in love with for as long as he can remember.

Trapped in a business arrangement masquerading as a marriage — in a strange, empty house with a damaged husband who barely tolerates him — isn’t what Gabriel expected from life.

But sometimes the last thing we want is the beginning of something more.
And an ending can be the start of something beautiful.

This journal is friends only. This entry was originally posted at https://reviews-and-ramblings.dreamwidth.org/5299317.html. If you are not friends on this journal, Please comment there using OpenID.